By Carrie Teegardin, The Atlanta Journal-Constitution

Administrators describe sacrifices and fatigue to governor during roundtable discussion of COVID-19 and long-term care homes.

Nursing home administrators from across Georgia on Monday shared similar stories with Gov. Brian Kemp about the biggest challenge they have been struggling with throughout the pandemic: finding and keeping enough staff to care for their vulnerable residents.

The nursing home executives thanked Kemp for sending workers to more than 160 facilities across the state that needed help and for authorizing $78 million in federal CARES Act to help pay for staff testing. But the executives told Kemp that they need more help at a time when they are facing higher costs and struggling every day to find enough workers. 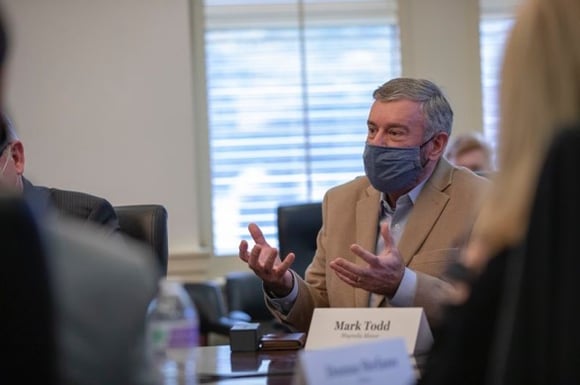 Some said their veteran workers were quitting after years because they were concerned about the risks of infection.

As of Monday, 9,433 workers staffing the state’s nursing homes, assisted living and large personal care homes have tested positive for COVID-19, according to facility reports to the Department of Community Health. Meanwhile, more than 17,363 long-term care residents have tested positive during the pandemic, and at least 2,916 have died.

While the number of COVID-positive residents at many long-term care homes has stabilized, deadly outbreaks are still popping up across the state, according to the AJC’s review of daily reports. Some homes are still reporting PPE shortages, although Kemp said Monday the state has been able to order new supplies for its stockpile and would try to help. 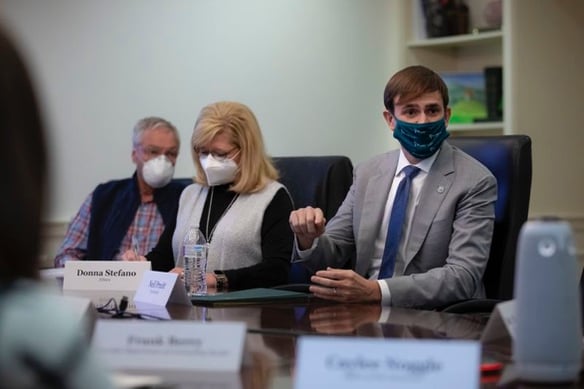 “I feel like for the first time that we’re making progress against the virus,“ said Neil Pruitt Jr., CEO of PruittHealth, one of Georgia’s largest nursing home companies. But he said he remains concerned about the coming months, as other states try to recruit Georgia’s nurses. He said the homes would welcome anything the state might do to help with staffing and workforce training.

“Unfortunately, I think we’re going to be dealing with COVID for another six months,” Pruitt said.

The governor, who called the roundtable discussion to update the administrators on the state’s fight with COVID-19, acknowledged the strain the nursing homes have been under.

“COVID has struck the long-term care industry harder than any other industry,” Kemp told the group, “and I know the toll, both physically and mentally on your caregivers, staff, and residents has been tremendous.”

Kemp said he expected deployment of a vaccine would start reaching “priority populations” in Georgia in the next few weeks, and nursing homes would be among those high on the list for help.

Kemp also said he was encouraged that new cases in nursing homes are below the summer surge, yet he acknowledged that overall trendlines across the nation and in Georgia aren’t favorable.

“Our cases have been steadily increasing since October, and hospitalizations, and unfortunately deaths, have followed as well,” Kemp said