We are committed to the highest values of the Christian faith in all of our work and ministry. We minister to the seniors who live here and to their families.

Our Story: The History Behind the Magnolia

We serve all through love and support for a lifetime

In the late 1950s, the South Georgia Conference of the United Methodist Church commissioned an internal study on the needs of the elderly in South Georgia. The study identified the need for safe, secure housing along with long-term care for the elderly. Magnolia Manor evolved from the South Georgia Methodists’ commitment to establish a ministry to address these needs. That ministry expands across denominations and geographical boundaries, embracing residents from all walks of life.

Kate Witte, a long-time resident of Americus, also believed in the idea of a home for the aging. When she passed away in 1947, she left a bequest of 392 acres specifically designated to provide a home for the elderly. A group of Americus citizens honored her request and formed the Rock of Ages Foundation to operate a home. In 1959, the Rock of Ages Foundation deeded the land to the South Georgia Methodist Home for the Aging, Inc., known from its inception as Magnolia Manor.

In 1983, Magnolia Manor expanded its ministry from Americus to Macon, Georgia with the addition of 120 one- and two-bedroom apartments for the low-income elderly. In 1996, expansion began in Macon with sixteen villas. Later twenty-four Supportive Housing apartments and a Resident Life Center were added and in the Summer of 2009, another expansion resulted in twenty-four one- and two- bedroom personal care apartments.

Magnolia Manor’s mission is to offer an environment for older adults who need or desire a quality lifestyle that provides for their social, spiritual, mental, and physical needs in a nurturing and loving Christian atmosphere.

Our heritage is founded in the Methodist church, but our service is ecumenical. 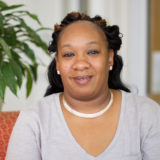 I love taking care of the residents and being a positive influence in their lives! I hope to be at Magnolia Manor a very long time.

As the Senior Chaplain, I see the need to provide opportunities for our residents and staff to live out their spiritual and religious life.

I enjoy making a difference in the residents’ lives by providing fun and stimulating events, whether it be a movie, pizza, or everyone’s favorite – BINGO!

According to the Servant Leadership philosophy, servant leaders lead from the heart and believe their job is to empower others to grow personally, spiritually and professionally.