Music can be therapeutic for seniors with Alzheimer’s 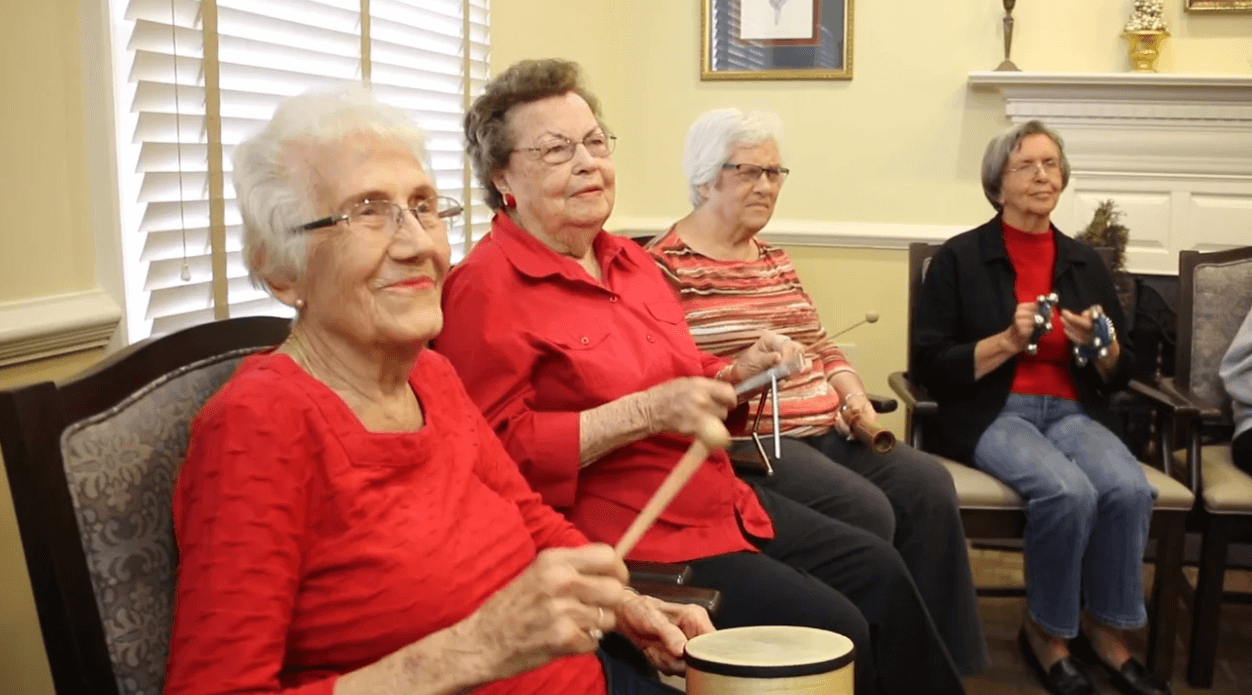 Do you ever catch yourself humming or singing along to a song when music isn’t even playing? The power of music is so extraordinary, it gets “stuck” in our heads and can even help us recall memories. 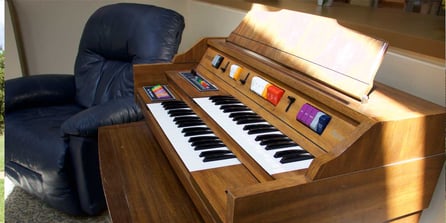 Interestingly, research has shown that Alzheimer’s and dementia do not impact patients’ ability to recall songs and lyrics. While there is no absolute rule when dealing with these crippling afflictions, there are many documented stories of patients who could not recall the names of family members, but who could play an entire song on the piano or sing the words to a favorite tune.

Recognizing the power and potential of music in Alzheimer’s patients, music therapy has been introduced as a form of treatment for Alzheimer’s and dementia residents across the country -- and particularly for southern Georgia patients here at Magnolia Manor.

Music therapy has had a profound impact on memory care residents at Magnolia Manor.

Our memory care facility is designed specifically to provide care, comfort, and support to residents who are affected by Alzheimer’s disease and other forms of dementia. From the careful layout of hallways and selection of colors to reduce the effects of sun-downing syndrome to our music therapy activities, every element is carefully designed to enhance the lives of our residents. In particular, during our “Music in the Air” activity, we meticulously curate music and use it in a way that soothes residents. Research shows that music is stored in your long-term memory between the ages of 18 to 25, where music commonly has the largest impact on your life. Serotonin and dopamine, “feel good” hormones, are released when residents hear music from this critical period in their lives.

For our “Music in the Air” activity, our dementia care staff took the average ages of all our memory care residents and selected the music that was popular when they were between the ages of 18 and 25. The result was a collection of music spanning about a decade from the 1940s and 1950s. Music too far outside of this range could actually cause irritation and discomfort for residents, so choosing the right music is especially important.

“Music in the Air” has a tremendously positive impact on memory care residents at Magnolia Manor. Residents are more social, they smile, you’ll see some of them tapping their foot, and sometimes they’ll even sit together. While they may not really socialize with each other in traditional ways, they come together.

A special environment for residents.

A multisensory approach that includes music has also been known to positively impact Alzheimer’s and memory patients. Snoezelen® therapy was created in the Netherlands during the 1970s. It uses light, sound, scents, and music to relax patients and promote good health.

Our Snoezelen room is a beautifully relaxing oasis! In it, we use colored lights and bubbles to stimulate visual sensations. We include various aroma therapies and nature sounds as well to soothe residents. To encourage residents who may be restless and wandering, we’ll activate lights and sounds in the Snoezelen room. In the midst of their wandering, the residents are drawn to the room. The effect is extremely powerful and positive for residents. It’s incredible how music, combined with other sensory experiences, can impact the well-being and contentedness of our memory care residents.

Provide the best care for your senior loved ones.

Families of seniors with Alzheimer’s and other forms of dementia may feel helpless or alone in their journeys. Here at Magnolia Manor, we are dedicated to providing therapies and residences that care for the needs of your loved one. To learn more about memory care at Magnolia Manor, contact us today. We are here to help! 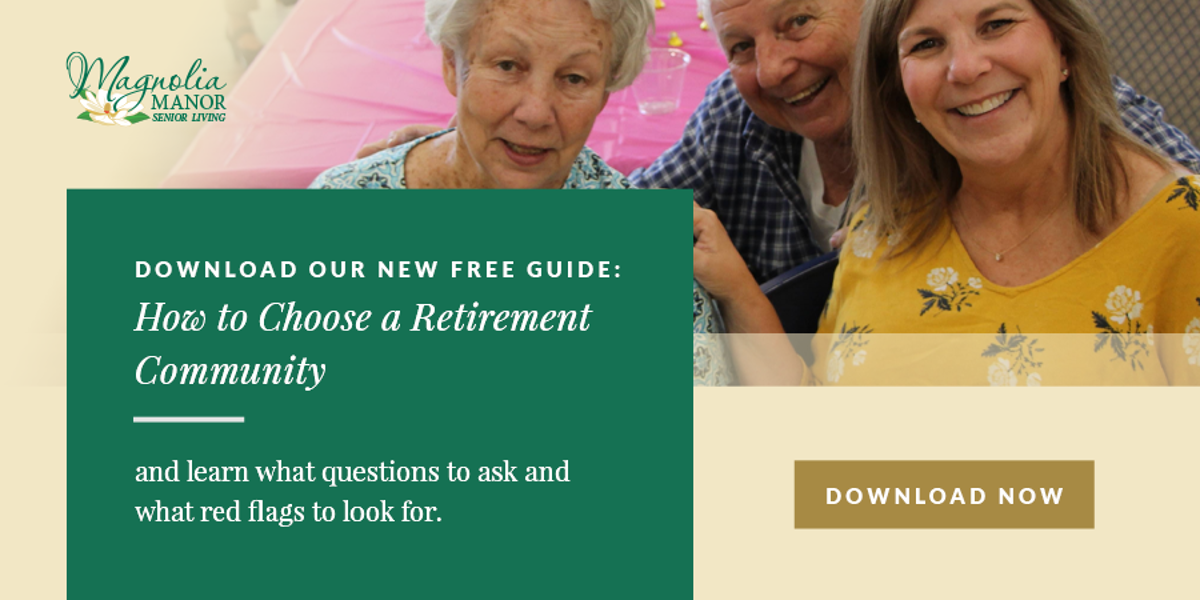